Almost all families living in Karen state, Burma are subsistence farmers. Even when individuals are employed as teachers, medics, or shop keepers, they also have fields where they grow the rice that feed their families throughout the year.

Last year, a remote area of Karen State, Burma experienced a plague of rats that led to a devastation of the rice crop for many families. With the goal of learning more about this crisis, our staff recently traveled out to the affected areas to visit with some of the affected villagers. We met with Saw Dah Soe. He is a 44 year old school teacher and the local representative to the Malaria Elimination Task Force (METF). Typically, Saw Dah Soe will harvest 80 bags of rice from his field. This year he was only able to harvest 12 bags.

Saw Dah Soe was asked about what happened to his fields. During the week of the full moon in September the rats appeared. “At night they came. You could see so many rats. There’s no way to kill them all. They were so noisy – fighting and crawling over each other to get to the food. We tried to kill them with poison and traps. We built a fence out of bamboo to try to keep them out. But it was no use. In just a few nights, the whole crop was ruined.” For three nights Saw Dah Soe slept in a hut at his field. He killed more than 3,000 rats in those 3 nights, but he was fighting a losing battle – most of his rice was already gone. After three nights, he gave up trying to fight them. They came again in October during the full moon. By the time the rice should have been ripe and ready to harvest at the end of October, it was almost completely gone. When he spends the night at the fields even now, he can still hear the rats scavenging for seeds and anything that might be left.

This is not the first time that a rat plague has come to Karen state. This phenomenon is known as ‘Yu Hai ThayKhayWa Ka Law’ by the Karen. Literally translated to ‘The rats come, bamboo dry and died’. It is known as Mautam in other areas like India and Bangladesh. This explosion of the rat population is related to the lifecycle of bamboo, a plant that is essential to the way of life for many people throughout Southeast Asia. Every 50 years or so, the bamboo flowers and produces seeds and fruit. The fruit has been described as looking like small avocados. The seeds and fruit drop to the jungle floor and provide a huge boost to the available food for rats. During most years, a female rat’s reproductive rate will be limited by a lack of food. Some experts say that ONE pregnant rat, given an unlimited food supply, can lead to 15,000 to 18,000 new rats in one year. When the bamboo flowers and fruits, food is plentiful and so are rats. Once the food from the bamboo runs out, all of those rats look to other sources of food – in this case rice that is growing in the fields of Karen state. 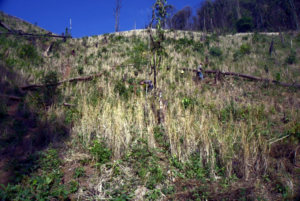 The last time that the bamboo flowered in this area, it happened for three years in a row. We asked Saw Dah Soe about his plans for next year. He fully expects to see the rats come back again. Looking out over his fields, considering all of the labor that goes into planting his fields by hand, he said ‘We have to do the same thing that we always do. We have no other opportunity.’

ara is the Administration & Finance Director (Rain Tree Clinic). She is a genetic counselor, and has been working with the Karen since 2011. 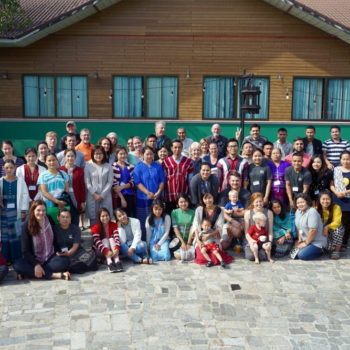 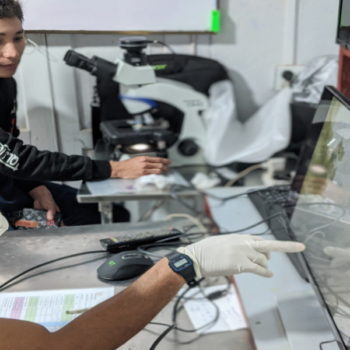