I recently heard a new song by one of my favorite artists. The artist is Jason Mraz and the song is “Have it All.” (see below). It caught my attention because it is an upbeat and catchy song that is full of positivity. I looked up the lyrics and found the origin story behind this song. It all started when Jason Mraz took a trip to this part of the world back in 2012. He was invited by MTV Exit to perform in front of 70,000 fans in Yangon, Myanmar. MTV Exit is an awareness campaign about human trafficking and exploitation. During his time in Yangon, Jason met a Buddhist monk who bestowed a blessing upon him. The monk bowed and said “Tashi delek” which can be translated to mean “may you have auspiciousness and causes of success.” Inspired by this gracious message Jason took to his journal and expounded on the idea with the following lines and verses of the song.

This story got me to thinking about the idea of “having it all.” The song is not necessarily saying that you emphatically will have everything your heart desires. Rather, he is simply wishing you good luck and fortune. Once my brain settled that thought I could move on to what does it really mean to “have it all.” I imagined what it would mean to a Karen person, a Thai, an American, and even Colombians. (my genealogy comes from Colombia) We all would have different ideas when it comes to having everything we wanted. Some of us might even equate want with need here.

You know when you try something new and all you can say is “Where has this been my whole life?” For me some of those moments were when I tried Burmese food for the first time, learned how to swim, discovered electric razors, and heard a Cat Stevens record. If you have been living in a world of civil war and uncertainty, you might not have big dreams outside of life becoming peaceful and settled. Despite this, our students still dream and picture a world in where their villages will have readily accessible healthcare. However, to achieve this they must think long term and commit to five years of education and training. Not only that, they must spend the first year of the program in Thailand.
Imagine you were taken to a new country, with a new language, and a new culture. In this new setting you are being asked to learn a new way of thinking (critical thinking), math, science, and how to become a leader. All of this is done in less than a year. All in a language you are just learning along the way. What these students are doing has never been done before in their context.

The Karen Department of Health and Welfare are the ones behind this program’s inception. The program currently only grants them the right to practice medicine in Karen state. This is by design as the target populations are remote villages in the jungle. No other place will recognize their education. That doesn’t bother our students because they all want to go back to their villages and help their communities.

We are not a big institution with a long history. We have staff and volunteers who come from all over the world. There is a good mixture of locals and foreigners within this program. However, these students don’t know who these foreigners are and don’t understand their methods. We all are constantly learning from each other as our intersecting cultures have different ways of thinking. We all see the world differently, which makes the work here that much more challenging.

And yet, they come out to Chiang Mai and trust us to begin this five-year journey. Every day they show strength, courage, and determination as they continue in their studies. I admire these brave young men and women. They might not “have it all” in the eyes of others, but if they can get healthcare back to their villages, they are at least one step closer.

The day they return to their villages as Physician Assistants and open a clinic in some of the most remote areas of the world, their fellow villagers will say “Where has this been my whole life?” 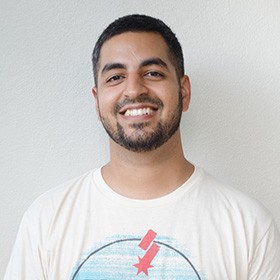 Sheldon is a Colombian/American who lives in Chiang Mai working with Earth Mission Asia. He is the curriculum coordinator and one of the Year 1 teachers who primarily teaches the Sciences. He also went to school for a few years and ended up with a Master’s in Public Health somehow.

Safety Shall Be My Going 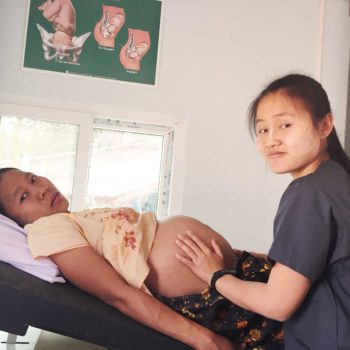 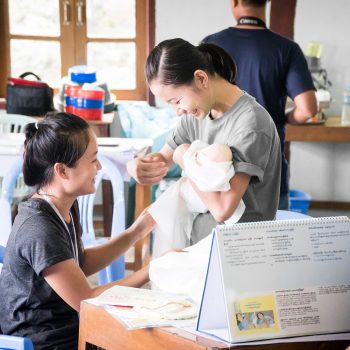