Recently, in a remote village in Karen State, Myanmar, a couple added two new babies to their family, now totaling eight children. All seemed well for the mother and twins for the first week. Her recovery was as it had been with all her other births – some bleeding that would go away within a few days. With no antenatal care and having given birth to a total of eight babies, it is likely that this 34-year-old mama was significantly anemic. Dad recalls her bleeding a little bit, and a little bit more, and perhaps it was longer and a little heavier than with the other babies, but his wife was strong and doing well – until she wasn’t. She woke this final night to use the bathroom. She was breathless and tired and told her husband that she felt her time was limited, that perhaps tonight she would die. A few hours later she passed away.

Heart broken, Dad sat with us at the T-RAD Clinic* a few weeks later and asked, had he failed his wife? 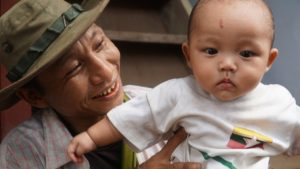 He explained that getting to the nearest clinic was no simple undertaking. It was costly in both time and money. Initially, it would require hiking out of the village and if his wife was too weak to walk, it meant carrying her. His village has only seven families, so he would have had to go further afield to other villages to find men to help move her. After carrying his wife some distance, he would be able to put her on a motorbike, and eventually to a car – should he find one that he could hire. Transportation is difficult, and it is also expensive.

Dad wanted to know what signs he had missed, what he should have done differently. From his story, his first warning was just hours before she passed away. The nearest clinic was still six hours of travel away and was dependent on all forms of transportation being available. It had been the same with each of the previous six births. Mum would bleed a little post-partum, and then bleed some more, sometimes to the point of fainting, but she always roused well. In other parts of the world where transporting someone is not so difficult, postpartum bleeding is an indicator for immediate transfer. But when it has happened at each other birth with no disastrous outcome, it becomes a normalized part of having a baby. What happened this time that was so different? 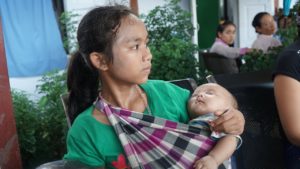 When there is a maternal death, the impact of the loss is much greater than the absence of a mother and wife. It is the loss of innocence and access to education for the eldest, usually female sibling whose job it becomes to raise the new baby. It is the expense of feeding the new baby on the family’s meager income. It is the fatigue of a father trying to fulfill the roles of both parents while continuing to support the family.

Lack of access to high quality medical care and transport combined with lack of understanding of warning signs places women at extreme risk. Having trained medics with fully equipped transportation available to go out to meet these cases at the earliest available point is vital to the survival of these patients. It’s impossible to know what would have happened to this family with better care and transport, but it is our goal to prevent as many of these unnecessary deaths as possible.

*T-RAD Clinic is a project of Earth Mission. 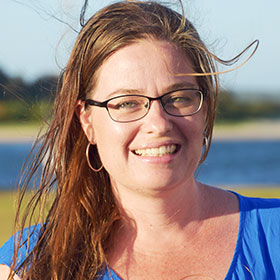 Mon is an Aussie Midwife working with both EMA and Partners Relief & Development on the T-RAD project. 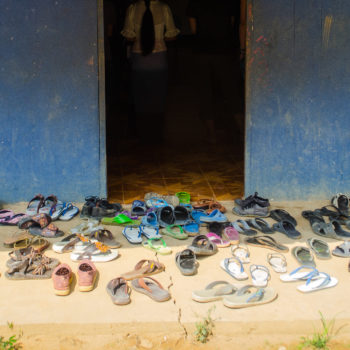