How to Learn a Language

How to Learn a Language

Over the past several months, Earth Mission Asia (EMA)’s dream of starting a healthcare training program for practitioners in rural Myanmar has blossomed like magic. Of course, God’s plan often looks like magic so I’m sure it’s His power that I’m seeing. 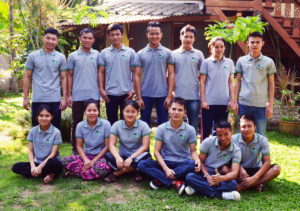 It’s been just a year since EMA walked through the first major door God opened for us: Earth Mission Asia becoming a Thai Foundation. Since then, the doors have been flying open as quickly as we can run through them. EMA selected a class of students, got them passports, brought them to Chiang Mai for the Year 1 Course, got them 1 year visas, hired medical staff in Myanmar, started the TRAD clinic in Kyaukkyi, and welcomed many medical, teaching, and other professionals through our doors.

In the months that followed, the students in Chiang Mai have prepared for their clinical years by studying Math, Chemistry, Anatomy and Physiology, Computers, Critical Thinking, and most importantly of all, English. English study comprises around 60% of our Year 1 Course.

The reality of becoming a Health Care professional in Karen State is that the resources to support a doctor or nurse in his or her own language barely exist. Our students will need to do medical research and communication on the Internet, which is mostly in English and not at all in Karen. They will belong to a supportive network of doctors and nurses around the world, and they will study a lot of medical terminology that is mainly in English.

The thing about studying is that its milestones don’t seem as magical as all those I just mentioned. Sometimes we don’t notice the progress our students have made in English. The first day we met them, many of the young students shyly shook our hands and only giggled when we asked them basic questions in English. 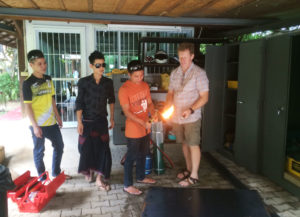 A few months later, some began telling us stories of their past lives by piecing together broken present-tense sentences. They told me that their mother or father had already died, that their brother had been shot in the back while running beside them, that they lived on the front lines for much of their childhood. It was better to sleep under mortar fire than starve without soldiers to share food with. Some of their friends were even worse off. They had no rice for months and had to survive on starchy roots. Some had to choose to walk through a minefield or walk through enemy soldiers. One, with very limited medical training, tried his best to save a man with gunshot wounds and is still haunted by it. One had a cousin die in childbirth just this year.

A few months later, some students began taking charge of their own learning, organizing small groups and signing up for tutoring sessions. They started singing karaoke and watching movies in English. They began to explain things to us and tell us Karen legends.

One day, Noel, our computer teacher, accidentally started teaching one of the lowest level classes before the translator arrived. The students began on the task he was explaining. Then he stopped and asked, “Wait, can you understand me?” They said,“Yeah, we don’t really need a translator.”

Now, a few months later, the students have committed to speaking only English between 6am and 6pm each day. It’s always a little shock to their teachers and dorm parents when we hear something like, “Hey Man, sorry to interrupt. Can I have some money from the envelope?” We usually spin around, thinking they are speaking to us. But then the other student they were actually speaking to answers, “Yes. Just make sure to write down the amount.” Another pipes in, “Is it your turn to go to the market today? Can I join with you?”  Another says, “Is it normal to say ‘join with you’ or just ‘join you?’ ”  “I don’t know, Man. Just say, ‘Can I come with you?’ ”

Our greatest asset at EMA is the effort, motivation, and commitment of these young Karen people. They are the force through which change in Myanmar will happen. Even though their progress in learning has been gradual, we want to loudly congratulate them on their amazing accomplishments and not forget to give God the glory for their lives, their success, their hard work, and all the hard work yet to come.

It hasn’t really become normal yet to hear so much English, but when it does, I hope we don’t forget the struggle they have gone through to learn it. I estimate they’ve spent almost 700 hours in the past 9 months studying English alone. If someone who didn’t know that number saw them in February and then saw them today, they’d think it was magic. 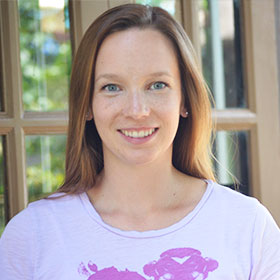 Hannah Herrick is an American teacher. She teaches English, GED, and Critical Thinking and helps develop curriculum at EMA. Hannah and her husband, Noel, joined EMA’s Year 1 program in February 2016.

Pukinyaw in the Driver’s Seat 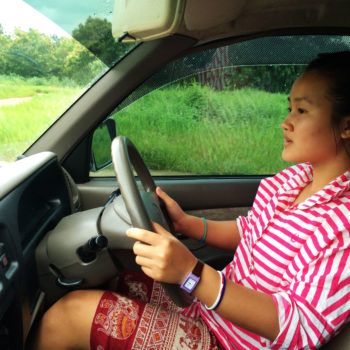 Why Do They Live so far Away? 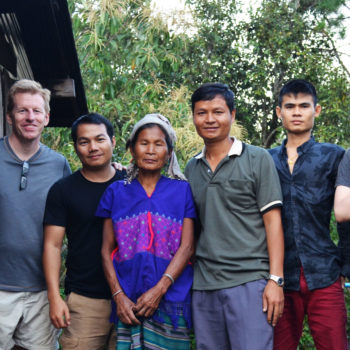