Two young Karen men, sweaty, breathless and moving fast carried a long bamboo pole with a hammock strung closely underneath. In the hammock a young pregnant woman moaned with labor pains.  Like the reserve horses of a pony express relay team, several more young men ran along the narrow trail behind the precious load. Surrounded by verdant jungle and the roar of a nearby river,  they were the picture of strength and vulnerability in a wild land, all facing major transitions.

At some point during the jarring jungle ambulance ride, the woman’s amniotic membranes ruptured. By the time she arrived at the Jungle School of Medicine Kawthoolei, her abdomen cycled regularly between a painful tight hard ball and a soft cocoon. The cycles accelerated and intensified.  Soon, from somewhere almost beyond conscious control, with a primordial guttural utterance, her body began to strain. Her body knew, in the end better than any of us, that it was time to push the baby out.

EhSuKlay, a female staff member at JSMK gloved and did a vaginal check.  She looked up and said simply, “head” and showed about half a finger length left to go.   Students and staff began preparing for a delivery.  Some stayed with the mother on the dedicated floor space, encouraging her to push with each contraction and to rest in between. Others peaked over the sorry excuse for a privacy curtain, curiosity and excitement mixing in nervous chatter.  Mother grabbed hands, arms and legs of anyone around as she pushed with ever increasing desperation.

In contrast, the baby itself is pretty much just a passive participant in the whole birthing event.  He or she doesn’t have much to say in the matter and can do nothing to facility its own safe delivery.  Mom does all the work, with the occasional help of a medical person.  But do you ever wonder, as the poor little head is being so vigorously squashed, what do they think? Are they afraid?  Is the pain overwhelming? How do they feel about leaving a life of protected darkness and muted sound?  And as they enter a vastly different world, how do they experience the new sensations?

After one more total body contraction, a small trickle of dark blood, leaked out of mother.  A couple contractions later, even as the baby’s head began to crown,  more dark blood seeped out.  We listened to the baby’s heart beat through the next contraction.  Everyone, including mom heard the thumping of the baby’s heart beat on the doppler speaker slowly, gradually and very distinctly slow down. Way down.  Until it was lost in the background of the mothers’ pulse.  And it didn’t come back.  Most likely, the placenta, the baby’s only source of oxygen for his entire life up to that point, was detaching.  It was finished. They were so close to delivery but from here on out, the baby would be with little to no oxygen.

This was the woman’s second baby and she knew how to push.  In two more mighty pushes, EhSuKlay nicely controlled the delivery of the baby’s head.  Shoulders, body, baby girl parts  … and placenta! … all immediately gushed out afterwards.  The tiny limp body was  completely pale.  There was no crying.  No breathing.  We dried, stimulated and suctioned.  Carolyn, the ER nurse,  started breathing for the baby with an infant bag valve mask.  The curious students peaking over the privacy curtain stood silently watching.  For a moment, it was as if everyone present held their breath. 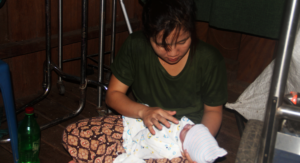 And then …  a pitifully weak squeak of a cry.  Then, the little lass took a few breaths on her own. After a  few more minutes, she manage to add a little pink to her color and some muscle tone. Miraculously, she was soon off and running.  Demonstrating typical Karen enthusiasm for a good meal, her smooth pink little face radiated contentment as she nursed for her first time.

“Welcome to a new life, beautiful little one.  It’s a life like nothing you have ever known or can even imagine.  With bright lights, a symphony of different sounds and smells and textures. You are well loved and as safe and protected as we all can make you in this life.  May God bless you and keep you until the time comes for your next transition.”

Another female patient in transition arrived at JSMK.  At the other end of life, her face was deeply wrinkled and brown from working in the sun.  Her abdomen protruded a little too much for the thin lines of her body.  Accompanied by her youngest daughter whose smile and bright eyes spoke of the vitality of life,  this lady looked tired. Tired of life. Like a Karen Bilbo Baggins,  “I feel thin, sort of stretched, like butter scraped over too much bread.” They had walked from another hospital about 4 hours away where they had learned little about the nature of her problem.   Eventually, after telling her what we found on our exam, she would admit that she knew her pelvis was full of a hard painful mass.  It seemingly was stuck to her spine and involved many of her other pelvic organs.  It wrapped all the way around her lower bowel to the point that only a small passageway was left for stool, thus causing her distended abdomen.

When we explained that we thought the mass was probably cancer, she did not react at all.  I think she already knew. Although we had no tissue diagnosis, no CAT scan to define the extent of spread, the history and physical exam suggested that this woman had an advanced cancer. It was not likely that even cutting edge medical treatment would change her final outcome although it could greatly ease her transition. We decided, the best we could do would be to send her home.

We have very little physical help we can offer such patients. Tramadol, the only pain medication we have is slightly more powerful than Tylenol.  We gave some dietary recommendations.   We then gave her the only other thing we had to offer.  Perhaps it was really the only thing she needed at this stage; a prayer, some fellowship and a Word.  We told her what we believed about the next transition.  That, like the first birth, the one she faced could lead to a whole new life beyond her wildest imaginations.  In comparison, perhaps the lights and sounds of this life are just muted shadows.  But also like the first birth, which largely depends on a mother’s efforts and not the baby’s,  we can do little to facilitate our own safe delivery.  We all need help.  Without it we would be destroyed … a limp, pale, breathless stillborn.  As Christians we believe that Jesus loves us and wants to provide that help … our very salvation.  Unlike a mother’s body which pushes the baby out, like it or not, Jesus waits for us to ask for his help.  Having asked, we can trust He is able to deliver us into the next life … alive, pink and squawking.  We prayed with mother and daughter.  BwayLeSaw, another staff member who is a Christian, spent more time talking with them and gave them a Karen bible. We had nothing more to offer.

Do you ever wonder, as our poor little beings are being so vigorously squashed in death, what will we think?  How will we experience the spark of a new life, a new power as we  leave this life of darkness and muted voices?  Will our instincts lead our little pink faces to drink in new and wondrous nourishment and to experience for our first time,  true contentment?  I do believe there will be a Someone making us as safe and protected as possible in our new world.

Our patient walked away with little change on her face. Her daughter however, beamed.  But maybe … just maybe … we will meet again some day.

One of the hardest decisions that we make at JSMK is to decide who we send out to Thailand for a more definitive diagnosis or more advanced care.  And who do we send home to die.  Taking patients through the Thai tertiary medical system is expensive.  And not just in monetary terms.  Our patients speak Karen and sometimes Burmese. They don’t speak Thai. Technically, they are illegal immigrants and can be arrested on the spot.  The Thai medical system graciously treats them anyway … as long as someone pays their expenses.  Furthermore, most of these patients do not have any experience with modern technology.  Elevators, cars, flush toilets are unfamiliar. They need someone with them every step of the way. Taking a patient to Thailand for medical care involves much money and many man-hours.  And that directly impacts what we have left over to work with at JSMK.  So we very carefully and prayerfully decide who we offer this service to and appreciate any help. 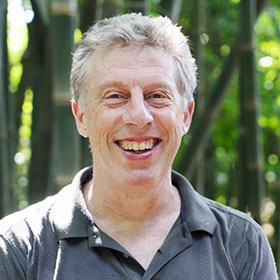 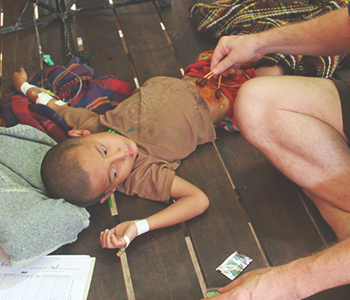 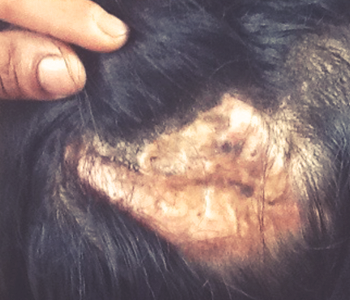